Focus on the home sperm test 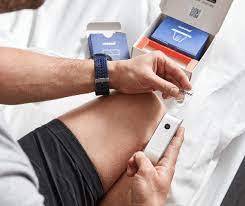 The sperm test kit is for men who are considering having children. This sperm test can be done at home without the intervention of a health professional, just like a pregnancy test and an ovulation test. The home sperm test comes in the form of a direct reading stick. When dipped in the cup containing the sperm and the appropriate solution, it indicates by a marker whether the sperm concentration is sufficient to conceive. Some men undergo a vasectomy to prevent pregnancy. In general, a sperm test after vasectomy is recommended to confirm whether or not the operation was successful. The purpose of this medical examination is to evaluate the quality of the sperm. Specifically, it analyzes the various parameters of the sperm fluid, including the concentration of sperm and the number of live or dead cells.

How effective are home sperm tests?

The results of the home sperm test are rated by the manufacturers as 98% effective because the test only assesses the concentration of sperm in the sample taken. However, concentration is not everything in terms of fertility, as the liveliness, tone and mobility of the reproductive cells is also a factor in infertility. In order to guarantee the reliability of the test, it is recommended to perform it after 3 days without ejaculation and to be careful with the effects of medical treatments and fever. You should also be careful with the results of the test, which should only be considered as an indication and should not be used as a substitute for further examination.

How to do a sperm test at home?

The test can be done at home, alone or with a partner, without the need for a health professional: the ejaculation collected directly in the receptacle is mixed with the reagent that is provided with a stick. In less than ten minutes, the control scale indicates that the process is active, and then the test scale appears in one or two columns to give the concentration level of the sperm.

Home sperm testing: where to buy and at what price?

The home sperm test is mostly available on online pharmacy websites and in physical pharmacies, but it may also be available in supermarkets. Only one manufacturer originally marketed the home sperm test at a price of just under €40. Depending on the availability of patents, even if competitors enter the market, the price of these tests remains affordable and stable, like that of pregnancy tests.